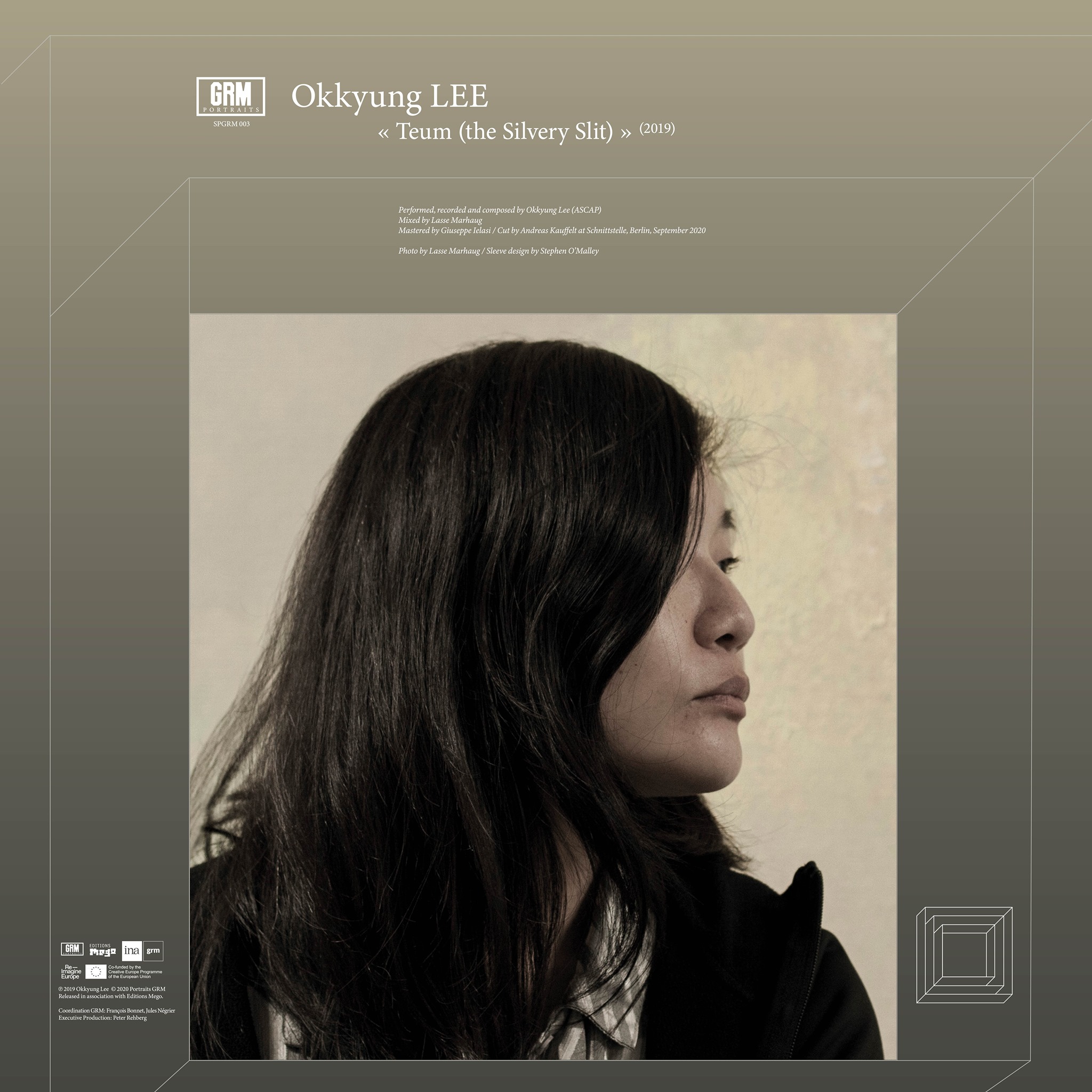 Now available the digital album with the work Teum (the Silver Slit from) by Okkyung Lee.

Statistique Synthétique draws as much from the history of computer sound synthesis as from its latest developments. But well beyond developing simply as a proof of concept, this piece aims to transcend the abstract status of synthetic sound objects and lead them to a properly hallucinatory state, that is to say to a meeting point where the object and perception dissolve into each other, in a sort of transcendental field. Beyond, also, hylomorphism, to reach the world of matter-form fusions, where perception knows how to see “shoulders of hills”, as Cézanne wrote.

Teum (the Silvery Slit) is, as the title suggests, an overture, an opening to the game of multiplications, fragmentations, duplications. But it is also the opening understood as the void that blossoms between two borders, a break from which escapes a double tension, both the pulling force of these two edges which move apart and the opposite force of reconciliation, of compression. Okkyung Lee invites us to a truly telluric moment, a rare moment of expression where tectonic movements and shear stresses become music. If the earthquakes were, as we thought in the 18th century, due to underground thunderstorms, there is no doubt that this piece of music, both celestial and continental, could have been their audible manifestation.

The Portraits GRMseries.
Perpetrating the fertile collaboration initiated in 2012 with Recollection GRM, the GRM and Editions MEGO have decided to offer a complementary series, no longer focused on the “classic” GRM repertoire but towards recent creations commissioned by the GRM.

Part of Re-Imagine Europe, co-funded by the Creative Europe Programme of the European Union.