Headquartered in Stockholm, Kali Malone is an American composer and musician who creates sonic monoliths that tug at the very material of listening. Via analog and digital synthesis – and within compositional frameworks that utilize unique tunings and psycho-acoustic phenomena – Malone’s dark minimalism maintains a certain gravity, even as the ground shifts. A recent string of albums explore the interplay within electroacoustic instrumentation: woodwinds with buchla 200 synthesiser, strings quartets with sine waves, and – most notably – the pipe organ close mic’d and spatialized. Using synthetic and acoustic instrumentation in repetitive and extended durations, Malone’s rich harmonic textures emit a distinct emotive hue serving to generate a captivating and uncanny depth of focus. Malone’s work has been presented at Berlin Atonal, Moogfest, Cafe Oto, and The Swedish Radio. She has been long term collaborators with Italian composer Caterina Barbieri under the moniker Upper Glossa, with Swedish composer and organist Ellen Arkbro, and is also in the noise project Sorrowing Christ. In addition to her music practice, Malone co-operates the record label and concert series XKatedral. 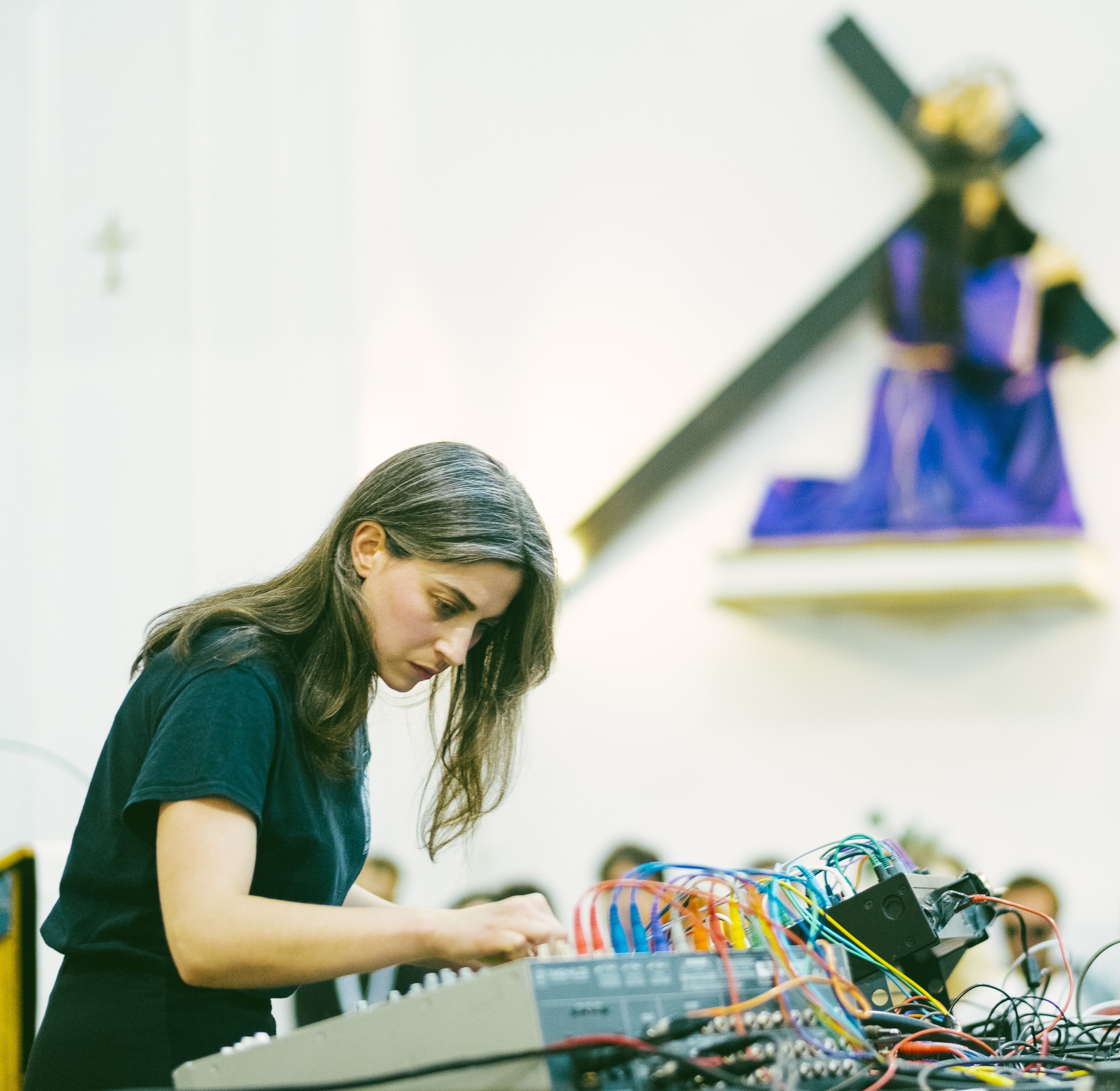